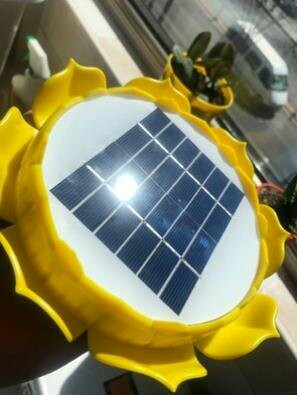 When the Buddha's first became, "life is bitter", not only life is bitter, and the three worlds are suffering, and the borders are full.

The three world is innocent, like a fire house, full of bust, and fear.

The heavens are born, and there are five decisions, or those who have fallen in evil.

Although it has been affected by Brahma, but even if it is not worthless, the life is still in the three evils.

There is no start of life and death, the industry network covers the world. From the heavest hell, from hell.

And all sentient beings are under the basis of hardship, give it to, this "pain and music" is the purpose of Buddhism.

As long as people can't avoid suffering, the Buddha is summarized as eight bitter: suffering, older, suffering, suffering, love to suffer hard, complaining, bitter, seeking hard, five yin basting. A voice that is transacted to time and space. Among them, all the bottom of all, that is, the suffering, afraid of war, afraid of cancer, in fact, is afraid of death.

Love is Ronghua, not always safe, all don't leave, no colable.

When traveling, the land of bitterness, is self-evident, there is no one.

The father and son are proof, and they will meet each other;

This shows the real phase of life.

This is not a moment of death, life itself is a lonely traveler who is distressed.

The flesh has a companion, the soul has no companion, even the closest couple, it is difficult to understand each other's true inner heart.

The elderly suicide continued to increase, resulting in social problems, and loneliness is one of the reasons.

Some people may think that as long as they build a happy family, they have position, fame, property, and life satisfied.

However, once such happiness, once the end of the life, the smoke is in the moment. Death journey, alone, alone; flesh and child, no companion; trillion family, one hair does not follow; Want to bring it, only career. The jailer took the road, tears, and the king, the knee, the knee.

"Non-quasi-life" said: "The big life will end, repent and send it."

If you don't solve your life and death, you will regret it.

The parents and children, the children, is not the upper edge of Bodhi.

I have been entangled into evil, and I am not reported.

One into the mud drill, I will instruct people to learn.

Middle of obstacles in everything, increase the heart.

When I met the prison, I didn't want to ask for everyone.

It's rare that it has already been obtained, and the Dharma is hard to hear;

Don't you present this life?

Personal rare, such as a blind turtle, a floating wooden hole (miscellaneous).

The Dharma is unknown, it is difficult to get rid of the Masalayas, want to wear the pinhole at the foot of the foot.

I have been moving in six, and I have to wonder the Buddha's life. It is a great opportunity to disclose the rock to the Buddha. If you don't have a Buddha in this life, then you will die six, there is no future.

Therefore, it is very difficult to get a rare person, it is very worthy of fear; in turn can hear the Dharma encountered by hundreds of thousands of people, it is a hi. It is the key to the establishment of the law. It is an opportunity to disclug the reincarnation. It is, if this life does not reach the purpose of life, it will always be missed to be rescued and even a great charm of the Buddha.

When people are born, they will take off from the aircraft from the aircraft carrier. The process of life is like a series of strings, sometimes with the air, the storm, sometimes fighting with the enemy plane in the air. I am finally finally gradually separated from the fight, but I can't see the shadow of the mother carrier, and I hope it is just a big ocean. However, the fuel is already. At this time, the birth of a person is fortunate, and the celebration of the Buddha will not be available. What is the death of the dead? Only staying.

People, have to be such an ending?

At the end of the year, the company's endowed tooth, the family is in the fence, forgetting the annual meeting to sing the karaoke, next year, drinking alcohol. The hard work is over the pleasure.

However, the fact is that it is moving forward for a year, and no one is alert. Just graduate, go to work, marriage, born, cover new house, buy new cars, eat drinking in a plane without flying airport, fuel, fell, the life, the life, the whole man, I don't know what is dream. There is no more terrible than ignorance.

The good kid said: "Three evil spirits, tempted." It can be said that all the human is enough, there is a fire in hell, this big thing, why not surprising?

The world is false, the only Buddha is true. Profit and loss and the world, it is inevitably hell.

One hundred percent of life will die, but do not pay attention to this, only pursuing the first five desirable, drunken dreams, and smelling the life is not horrified. All human beings are the Future Stupid Group.

If it is a tragedy, laughing into the sea is a big stupid.

To stare this, the only thing to solve life and death is the born. The life of the fierce in the five desirable life from the purpose of new conscious life.

The world is in a hurry, and I don't feel the life day and night.

If the lamp is in the air, it is busy six roads.

I haven't relieved the bitter sea, and Yun Yanyran is not afraid.

When you have strong smell, your self-policy self-reliance.

Going to come, the magic hometown is not stopped!

It is full of racking, and the six are all.

There is no cloud everywhere, only sighs.

After kissing, go into Rena.

Advise the way to the road, hard work.

If you can believe in Amitabha to save, you can walk in the way, now live peace, life, life, you can get fun, in the dead, the speed can be free.